The League of Women Voters of Texas is encouraging all eligible voters to apply to vote by mail in the comfort and safety of your own home!

Share the League's nonpartisan Voters Guide with your friends and family and be sure to visit your local League of Women Voters website for local voting & election information.

Go to VOTE411.org  for  your very own nonpartisan Voters Guide

The League appreciates the sponsors of the 2020 Texas Primaries Voters Guide.

Who should vote in the Texas Primary Runoff Election?

Texas has open primaries. That means that ALL Texas voters can participate in one of these events.

Voters in the Texas primaries and conventions choose who will run for office in the General Election. For many communities in Texas, their elected officials are chosen in the primary election because many districts heavily favor one party over the other.

The League encourages all registered voters to participate in the Texas Primary Election and vote for the best candidates. Don’t forget, voting in a primary does not commit you to vote for a particular candidate in the General Election.

The following is a list of the official websites and verified social media accounts associated with the Office of the Texas Secretary of State: 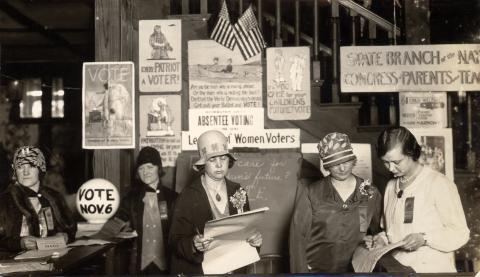 1928 League of Women Voters Get Out the Vote Campaign