March 26, 2018 Marks The 100 Year Anniversary Of Women Gaining The Right To Vote in Texas Elections

March 26, 2018 Marks The 100 Year Anniversary Of Women Gaining The Right To Vote in Texas Elections

Austin - One hundred years ago, on March 26, 1918, Governor William Hobby signed the bill giving women the right to vote in the Texas primaries. Immediately afterwards a citizenship school was organized to inform the new voters how to register and vote. Eight quite different community groups led the effort to register and educate women to vote for the first time in Texas. In 17 days, they registered an estimated 386,000 women to vote that historic election! The major groups involved were:

In order to reach this moment, suffragists helped in the effort to impeach Governor James (Pa) Ferguson, who was removed from office in 1917, leading the way for Lt. Governor Hobby to became Governor Hobby. The suffrage bill was not considered in the regular session, but the suffragists along with labor groups and others collected signatures on primary suffrage petitions from a majority of the members of the legislature. The bill passed both houses of the legislature and Governor Hobby signed the bill 100 years ago today.

The effort to win the vote for women in Texas began as early as 1868 when a handful of women asked the Texas Constitutional Convention to give women voting rights. Despite a majority report from the state affairs committee supporting it, the vote was 52 to 13 against the vote for women. Various efforts continued over the years and across the state to push for votes for women. In 1888, the Women's Christian Temperance Union endorsed the vote for women because they thought women would vote for prohibition. At a meeting of 48 people in Dallas in 1893, the Texas Equal Rights Association was formed and Rebecca Hayes of Galveston was elected president. In a speech at the Women's Congress held at the state fair in Dallas later that year, Mrs. Hayes said: “The ballot means to women the same as it means to men. It is the medium whereby we may clinch our convictions. It is a weapon, a power, a force whereby we may realize the highest form of self-government.”

In this auspicious 100-year anniversary year, we are again working together to promote voting in Texas. Texas has one of the lowest voter turnout rates in the nation. In 2016, Texas ranked 48th (of the 50 states and D.C.) with 51.6% of eligible voters voting. Only West Virginia, Tennessee, and Hawaii had lower voter turnout. Texas can do better. With a shared purpose, today we celebrate the anniversary of women gaining the right to vote, and we commit to working to improve voter turnout in Texas. 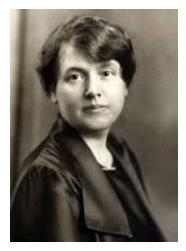 In Houston in 1903, Annette Finnigan and her sisters, Elizabeth Finnigan and Katherine Finnigan Anderson, organized a Woman's Suffrage Association which became the League of Women Voters of Texas in 1919. Soon to be the League president, Minnie Fisher Cunnigham reported to the National American Woman Suffrage Association in 1915, “The press of the State is with us, as are the Federation of Labor, the Federation of Women's Clubs, the Farmer's Institute, the Farmer's Congress, the Texas Farm Women, the Texas Press Women, and the W.C.T.U. [Women's Christian Temperance Movement]” It took three more years for this coalition to be successful!

About The League of Women Voters of Texas

The League of Women Voters of Texas represents over 6,000 grassroots advocates across the State of Texas. The Texas League has been "educating and agitating" since 1919. The League is a nonpartisan organization - it does not support or oppose any candidates or parties. Instead, the League encourages active and informed civic participation in government and increased understanding of major public policy issues. The League of Women Voters' nonpartisan Voters Guide is highly respected and sought after by voters in local and statewide elections in Texas.