Welcome to the League of Women Voters of Hawaii

The League is a non-partisan organization of women and men that builds citizen participation in the democratic process.

The League of Women Voters of Hawaii was presented a Proclamation by Governor Ige on February 14th, 2020, in celebration of the League's 100th Anniversary.

Check out photos of the presentation here! 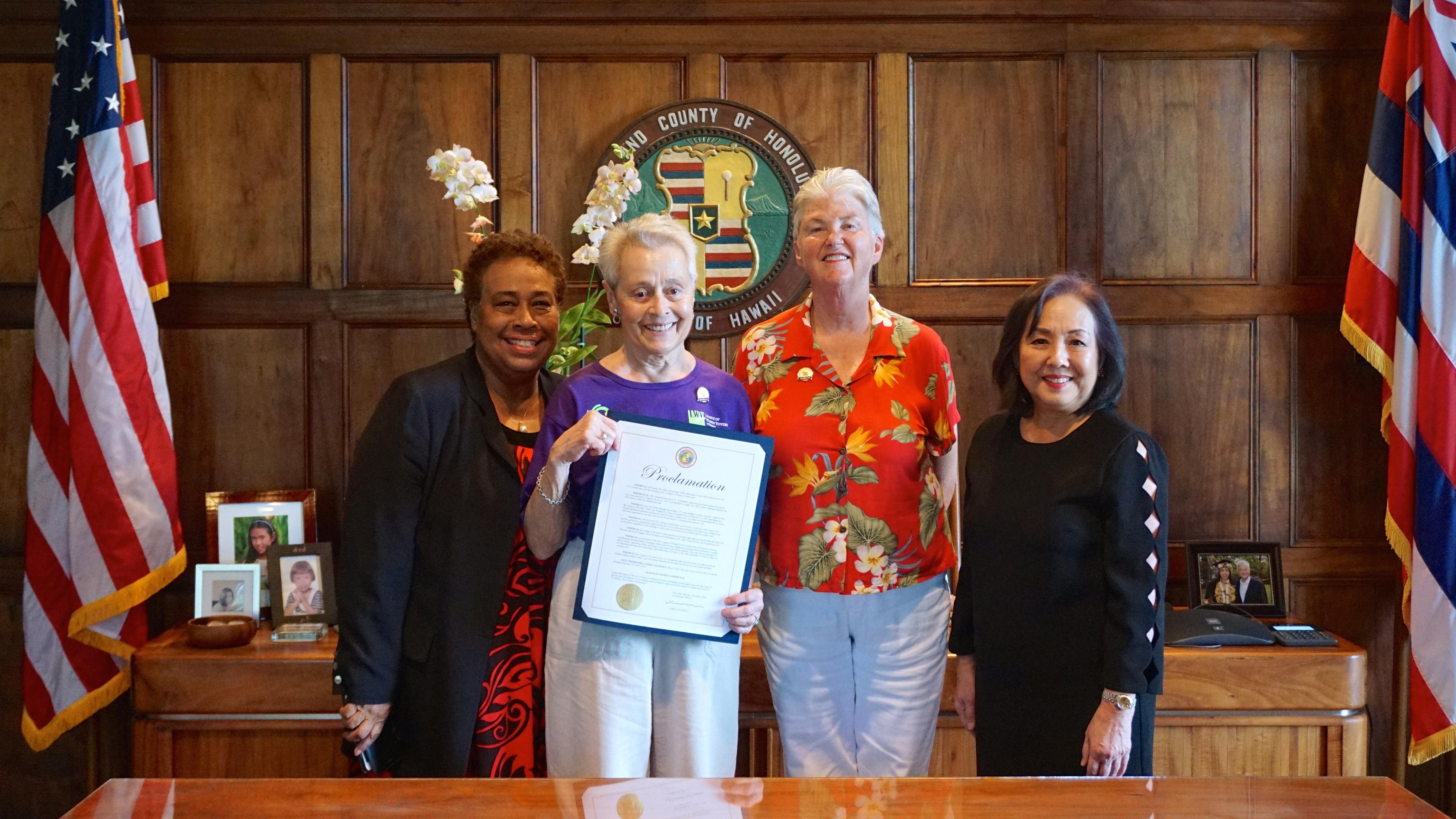 Hawaii's local leagues were also commended. Here, Nancy Davlantes of the Honolulu League receives a Proclamation from the Mayor of Honolulu.

Each year, the League, in collaboration with its partners, monitors legislation of interest. Sometimes, a bill gets amended when going through committees after hearings are held. Those amendments are meant to make changes to the bill, not change the bill itself. But there have been times when the subject matter of a bill has been entirely revised without the proper legislative and review processes.

We award the "Rusty Scalpel" when we catch this trick being used. Find out more about it here!

League of Women Voters ® of HAWAII